Discover the Beauty of Wales’ Most Scenic Hiking Routes 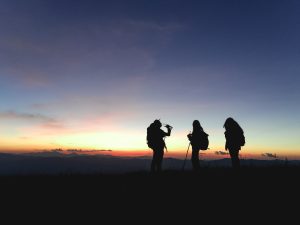 As a result of its varied topography and ecosystems, Wales is an excellent hiking destination. Many famous mountains are there, and there are miles and miles of coastline that can be hiked in one go. The landscape varies greatly, from broad sandy beaches to towering, rocky mountains and all in between. Below we will show you some of Wales’ most scenic hiking routes. So read on to find out where the right places to go are.

The best hikes in Wales might be listed for as long as your arm due to the abundance of possibilities. For those who thrive in natural settings, this is one country that never disappoints. You might think of this as a sample of the hiking opportunities in Wales rather than an exhaustive list. The wild Welsh weather can ruin any activity, whether it’s a strenuous climb or a relaxing day at the beach. Pick the best days to go hiking. These walks are some of the greatest in Wales and range from hidden gems to well-known favourites.

But as always, caution should be your priority. Always be ready for anything to happen. And be especially careful of winds in the mountains. They sound harmless, but winds are one of the most lethal forces of nature that can occur in the mountains. Do not underestimate them.

Packing for a hike

You can spend a day hiking with your loved ones or by yourself and learn so much about the natural world. Many state and national parks and forest land provide large route networks, so you can opt to go far into the mountains or stick closer to home.

When determining what to bring for a day trip, think about how far you plan to go, how remote the destination is, and what the forecast calls for. Packing for a hike is just like packing for a move. It can be tedious, but you mustn’t forget the essentials, as every minute counts, not to mention your safety. If your trip is more extended and distant, and bad weather is predicted, you’ll need extra supplies, including clothing, equipment, food, and water.

One of the best hikes in Wales is up Worm’s Head in Gower. Incredible scenery awaits you in Rhossili Bay. Since Worm’s Head is only accessible for two and a half hours on either side of low tide, it is best to check with the coastguard to find out when it is best to make the walk there. You don’t want to be stuck on a dragon’s head during high tide, where Worm’s Head got its name.

If the tide is low, you can park at the National Trust’s Rhosilli Bay parking lot and walk around the headland to get back. Rhossili Bay beach, which has won numerous awards, can be seen in the distance. That is also considered one of Wales’ most scenic hiking routes. Planning a self-guided walking tour is also possible. Just be sure to prepare well. And don’t leave anything to chance.

Cadair Idris is considered one of Wales’ most scenic hiking routes.

Traditional and folkloric stories abound throughout the Welsh mountains. And indeed, Cadair Idris has more than enough. One or more giants named Idris or a monarch named Idris from the 7th century fought and won a battle from this mountaintop, hence the name. The legend of Cadair Idris states that whoever spends the night on the peak will either become a poet or go entirely insane.

In essence, there are three routes to the summit. If you’re looking for the longest and steepest route to the peak, the Pony Path is it. The Fox’s Path may be the quickest route between the two sites. But getting there entails a precarious climb up a scree slope. However, the Minffordd Path contours the crag’s edge above a glacial lake, and you might as well complete the loop since you’re already there.

The Snowdon horseshoe is usually recommended as a must go

The Three Peaks Challenge takes in Wales’s highest peak, Snowdon. Many travels up and down the same road, some using the quickest path possible from Pen y Pass while others prefer the lengthier, more leisurely ascent along the railway line. During the summer, the Snowdon Mountain Railway operates from just outside of Llanberis to the summit of Snowdon.

Although there are several routes to the top of Snowdon, we find the horseshoe to be the most direct and efficient. Many lookout sites exist for Llyn Llydaw. And if you’re up for an off-trail hike, you can reach the more secluded Watkin Path. But remember, if you are new to hiking, try some of the best hiking tours for beginners. There are a lot of hikes that are beginner friendly that you should try out first before going to more challenging and long hikes. Take it one step at a time.

Pen y Fan is a place you can’t miss if you’re in Wales.

Pen y Fan isn’t the highest point in Wales, but it’s one of the most well-known mountains in the country. The trails up it are some of the most beautiful in the country. Located in the Brecon Beacons, this national park is 886 meters above sea level. The huge granite face it presents makes this pyramid-shaped rock so interesting. It also has clear horizontal lines in the crags. The National Trust maintains the crest and portions of the surrounding land because it owns the land.

Most visitors take the well-travelled path from the National Trust parking lot at Pont ar Daf to the summit of Pen y Fan. You will almost certainly have the entire Pen y Fan ascent to yourself. The only exception is the cairn at the peak. That is also considered one of Wales’ most scenic hiking routes that you don’t want to miss. So be sure to get to the top.
Wales’ most scenic hiking routes